5 mistakes for you to avoid 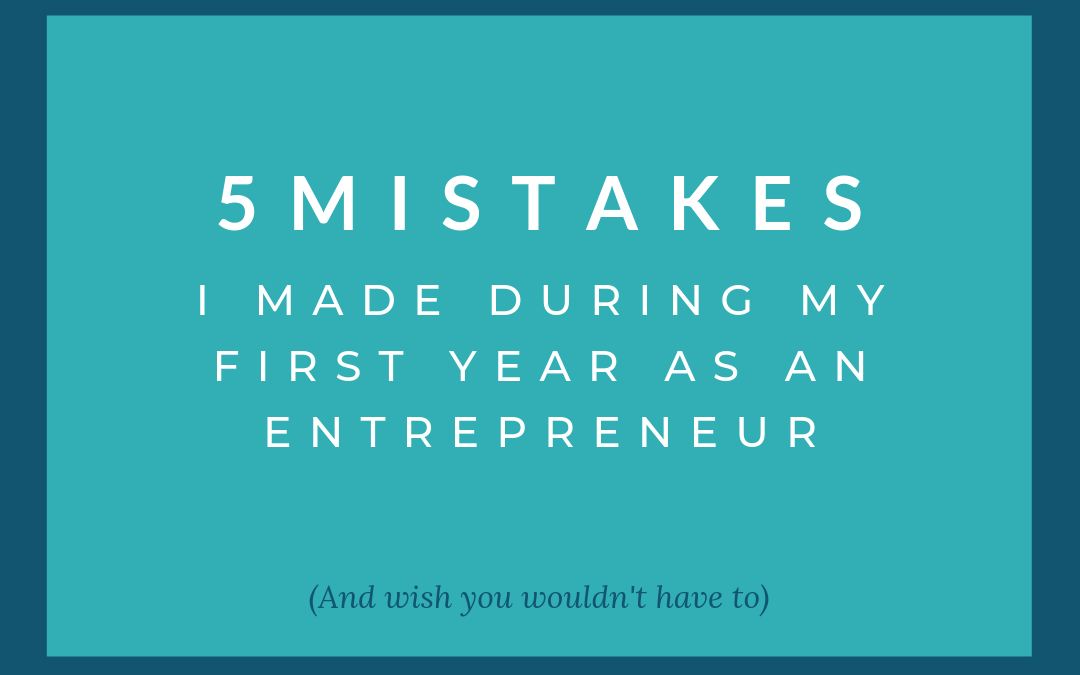 I made these mistakes during the first year of entrepreneurship – and I am sharing them so you don’t have to.

Remember when I told you how I took my first steps as an entrepreneur without really knowing where I was going? Actually, I’m still kind of continuing on that path, since the first years of entrepreneurship include a lot of trial and error. But I do believe doing wrong things is better than doing nothing at all. Like the super inspiring Miisa Mink the founder of Driven Woman accountability club says: “Taking a step into the wrong direction is better than taking no steps at all.”

But, it is my hope that your beginning will be easier so I will share the five biggest mistakes of my first year as an entrepreneur.

1. I thought I needed all the infrastructure

With a background in the corporate world and big publishing companies, I felt I needed the same level of infrastructure in my own business. For example, I paid to have my own office number,  because I told myself people would prefer answering my calls if I called from an office. It did not drive me to bankruptcy, but it still wasn’t money very well spent. And the same goes for many subscriptions and services I paid during that year for task management apps and online courses.

Lesson learned: Be very mindful with your fixed costs in the beginning. Do you really need that paid version of the project management tool or could you cope with the free plan for now? Even the affordable subscriptions add up to a significant sum of monthly and/or yearly money.

2. Still, there was some infrastructure I might have needed and did not have

Instead I should have used that money for things that help me sell my services. I paid – gladly – for my membership in a co-working space, and it has paid itself back thanks to all the connections I have made there. From the beginning I should also have paid for the following things:

I told myself that business cards belong to the past, but in hindsight, it is a lot less elegant to ask a connection in a networking event: “Hey, could we connect on LinkedIn (especially in a French-speaking country where everyone’s name is impossible to spell).” Slipping a business card – as old-fashioned as it might seem – is a lot more graceful.

Lesson learned: Spend money on things that help you sell your services and think of these expenses as investments. The return on investment can even be evaluated and tracked.

3. I failed at niching down

I created my first solid strategy at the very end of my first year in business. It is better than ever, but it could have been sooner, too. What was most important – and most difficult – while working on that piece of Google Sheet document, was niching down to a few goals and to a few actionable tactics. It took me weeks (honestly!) But at the end I had four focus points for my year and 2-4 main objectives for each one of them.

Lesson learned: In the process you are going to have to let go of things that are important to you and things that you would like to aspire to. I was very torn between concentrating on my journalistic career and developing my skills in corporate communications. But having made that choice helps me everyday, because I don’t have to divide my attention between too many different things.

4. My strategy was not actionable enough

When I first started out, my aim wasn’t clear, and neither was my idea of how to get there. I used to brainstorm new clients and business ideas every now and then, but it wasn’t systematic, and the lack of regularity could be seen on my sales.

With the new strategy, I put in place some very concrete tactics such as regular bi-weekly brainstorming sessions and monthly batching days. This was done when I created certain content for my channels, like one day for blogging and another for social media content creation. And it works: I have already exceeded my last year sales and we are only in May!

Lesson learned: Remember the SMART criteria when you determine your goals and objectives. The most important ones for me are M=measurable and T=Time-bound. If the goal is not measurable and it doesn’t come with a deadline, it is not good enough.

This mistake is maybe the worst of them all. I did not set the bar high enough. Not in the short term- there the bar was set way too high to begin with, but rather in the long run. I was way too focused on what could go wrong and why this was not going to work, which caused me to dream reasonably. But that is not the way you are meant to dream! Your dreams should be unreasonable. They should scare you! It is better to fail to meet your goals than to meet them every time. It just means they are not ambitious enough.

Lesson learned: Schedule time for dreaming! Every six months, I set a date on my calendar for dreaming my next half-year plan. I go for a run before that meeting with myself to get the endorphins streaming, and then I start dreaming!

We don’t always have to learn these things the hard way – because we can help one another! Share your worst mistakes and the most valuable lessons learned so someone else can avoid that particular misstep. As always, I’m waiting for you on Facebook, Instagram, Twitter and LinkedIn. 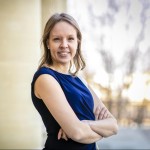 Hi there! I’m Pauliina, a communications entrepreneur with a mission: I aim to empower start-up entrepreneurs and small business owners – just like you! – to uplevel their communications, without stress and strain.

Have a question or want to chat? Drop a comment below or send me a message. I’d love to catch up!